I would like to thank Paul Mockapetris for guiding you to my page!

I would also like to thank Anchor for being such an easy to use #podcast software.

If you would prefer to hear this article narrated by me, click play:

Are you trying to tell me that you don’t know our friend Paul Mockapetris? He is one of those guys who you never heard his name, but he has shaped the world around you in ways you never thought of! Paul is the inventor of the DNS System, or the Domain Name System in 1983. Rather than simply looking up host names, DNS created easily identifiable names for IP addresses, making the Internet far more accessible for everyday use.

None of that make any sense? Well let’s go over some history and then I will answer some common domain name questions.

History of the Domain Name

So Paul had the DNS all set up and ready to go in 1983, you would think that everyone would have jumped right onto the ship right? Well, at the end of 1985, there were a whopping total of six domain names registered in the world. You read that correctly, in 2 years only 6 names were registered. That is incomprehensible when you see numbers like 265 million names registered globally today. Another crazy thing to think about is that what we are all familiar with, .com took 2 years to be developed, arriving in 1985.

Who was the first .com domain? Symbolics.com , a computer manufacturer out of Massachusetts. The website remained under the same ownership for 25 years until being bought out to make an online museum / advertising space for its new owners.
Another interesting fact, we are all used to paying for domain names, but they were free until 1995! Before 95, if you wanted to start a website you could do it at no cost! When Network Solutions was given the ability to charge for registrations the fee was $50 a year for a two year subscription.
In 1998, the DNS became fully privatized.  This was in an attempt by the Clinton administration to increase competition in the market and encourage more participation internationally. People were not overly happy about the original proposal and ICANN began.

I attached the Truth in Domain Names Act in full if you care to read more:

If you read that whole document you probably feel like a few years have passed by, so lets skip ahead to 2007 when the peak of the domain economy happened. In 2007, the most expensive sale of a domain name happened. Vacationrentals.com became the most expensive domain ever at $35 million!! Best part about the story is that the buyer bought it just so that his competitor, Expedia.com couldn’t have it. Today (2019), it is a nice site, but I don’t think I would have paid $35 million for it!

That is only one type of internet greed though, in 2012 a man named Mike Mann who works as a professional domain speculator registered 14,962 domains in 24 hours. Why did he do it? Simply put:

“I’m just really greedy. I want to own the world.”
Mike Mann

Maybe it was Mike Mann’s fault, or all of the dot com gold rushers, but one day the internet ran out of names! Well not really, but it did run out of 4 letter domain names in 2013. WhoAPI, a domain analysis company did a study that showed every possible four letter .com domain was taken! Literally everything from AAAA to ZZZZ and the nearly half a million combinations in between. They joined the other extinct species of the internet, the 1-2 digit dot coms.
Did you know that .com is a form of a gLTDs? If that isn’t a crazy looking acronym, I don’t know what is! It stands for generic top-level domains and are what users of the internet put at the end of an URL.
I am sure you have heard of .com , .org , .gov , .edu, but there are WAY more than that! Recently the trend of domain names has to been to expand. There are a ton of new gLTDs popping up. If you are interested in all of the possibilities.
So that has been the highlight real of domain name history. I hope it helped build some perspective around what all is within your domain name!

How do I get a domain name?

I usually try to give advice based off of what I have done for myself, so here is how I go about it.

First I already know what the domain name I want is as well as my back up choice. I do not want to have my search history clogged with similar terms as it may spike the value when I go to a company to purchase the domain name. For all of my websites and clients, I use GoDaddy. They are not the best nor the cheapest, they are a solid value and a company I do not foresee disappearing anytime soon, leaving my data gone. I also use them because that is where I have my hosting purchased. I like the one stop shop. Especially if something goes wrong, all of my stuff is in one house.

So after I am logged into my GoDaddy Account. I go to domains, make sure that what I want is available, and I purchase it for the amount of time of the project. You will also be asked if you want to get an SSL certificate. If you have the money and are going to sell online or want to look more reputable, it will come in handy.

Do I own it forever?

Nope! You paid for it, it is yours, but you are really just renting it.

It depends on the domain name. If it is already a popular name or if someone owned it in hopes to later cash in on it, the price could be much higher. Often companies like GoDaddy will give you a discount on a domain name when signed up with hosting.

I would be happy to talk about anything website related.

and let’s get all of your questions answered. 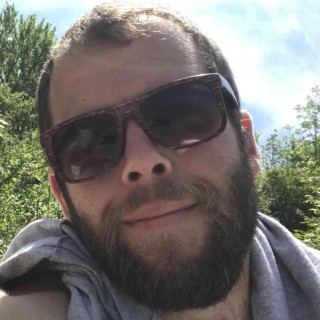 They Can’t Stand Me – Visq